The Dublin Head has been run on an annual basis by Old Collegians Boat Club since 1941*. Up to 1996, the Head was run downstream from the weir at Islandbridge to Burgh Quay. In 1996 the course was reversed, and since then the race has been run upstream from Burgh Quay to Islandbridge on a rising tide. The course is approx 3.7 Km. The course presents different challenges to most other heads because of the confinement of the quay walls and the number of bridges which have to be negotiated. Because of the city centre start, the Head also tends to attract a lot of casual spectators attracted by the activities on the water 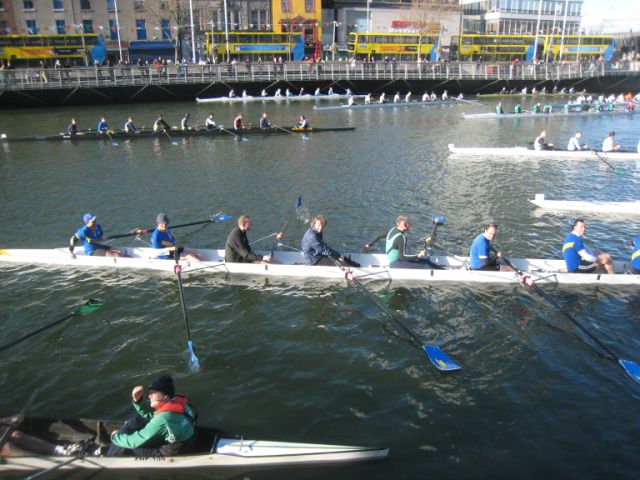 crews assembling at the start

Pennants are generally awarded in Men’s and Women’s Senior, Intermediate, Novice, Junior and Master’s Eights categories. In addition the Diana Cooke trophy is awarded to the best overall club.

As the course is tidal, entries are limited.